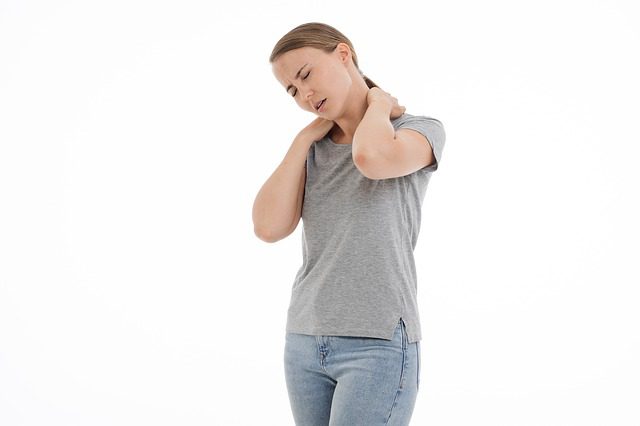 Dry needling is the traditional method for treating myofascial pain. This is where a doctor needles around a trigger point to release the fascia, relieve the tenderness, and deactivate the trigger point. Some doctors partner dry needling with heat, and lifestyle adjustments like diet, exercise, posture, etc. Studies also suggest that dry needling partnered with active stretching is more effective than just stretching. Peer reviewed papers disagree on the effectiveness of dry needling, but study after study shows its efficacy in treating myofascial pain syndrome.

So, what causes myofascial pain in the first place? Myofascial pain syndrome is basically just a formal name for pain that comes from a lifetime of injuries to the fascia that holds our bodies together. Then inflammation frominsomnia, food, environmental toxins, , and stress amplifies the pain signals and makes them much louder.  And people with spinal deformities or damage are very likely to suffer from myofascial pain as muscles as the fascia injuries may be more important than the vertebral issues.

However, there are distinct differences between how these symptoms present in each disorder. Myofascial pain in fibromyalgia is widespread, and so are the trigger points. There are also several other symptoms related to loss of resilience. With a localized myofascial pain syndrome there are fewer trigger points, and the trigger points and resulting pain occur in a specific part of the body. With fibromyalgia, referred pain is diffuse through the body, compounded by the inflammatory effect of toxic food and environmental poisons.

You’ll notice these treatments are all over the map. And they are – regarding efficacy and also regarding safety. It’s always good to stay away from pharmaceutical options. Why? The long-term health risks are real, they rarely actually fix a problem, they just treat symptoms, and sometimes they cause other issues. Pharmaceuticals often create a vicious cycle of medications that leads to new problems that lead to additional medications, etc. One of the most effective treatments for myofascial pain, which is safe, holistic and healing, is prolotherapy.

Prolotherapy treatment is where a doctor injects an irritant at the site of fascia ligament and tendon injury, which spurs the body to increase blood supply to the area and repair the damaged tissue that’s causing the myofascial pain. It’s regenerative medicine at its best: the injected irritant is a neutral solution, usually dextrose, and the treatment is meant to result in long-term pain relief via actual healing. It’s an effective treatment with permanent results. One study showed almost 25% of patients treated with prolotherapy had complete symptom remission, and a whopping 80% had an improvement of more than 50% of their pain symptoms. Another study compared the efficacy of prolotherapy and steroidal treatment, and found the two treatments resulted in similar remission rates.

What does this imply? Simply, that the benefits of prolotherapy, coupled with the safety and long-term healing, are better than pharmaceutical treatments that are equally as effective, but not nearly as safe. Long-term steroid use tends to do the opposite of what it’s supposed to; in this case, repeatedly treating weakened or injured ligaments with steroids actually weakens the soft tissues more. Which means more steroids, more weakness, and now we’re back in that vicious cycle so typical of Western pharmaceutical pain interventions. Prolotherapy has promising implications for doctors that deal with fibromyalgia treatment, myofascial pain syndrome, repetitive use injuries like carpal tunnel and De Quervain’s, and countless other fascia-related chronic pain syndromes. If you’re suffering from chronic pain, prolotherapy is a safe and effective (not to mention cost-effective!) treatment to consider.

Like so many people who suffer with chronic headaches, I had gotten only partial relief from traditional medicine. Dr. Blatman understands the impact of headache pain. His emphasis on multiple techniques made a big difference for me.
Chris Modrall
After suffering with widespread pain for two years, I was told it was all in my head and that nothing could be done for my condition as nothing appeared on an x-ray or MRI. After joining a fibromyalgia support group, I was referred to Dr. Blatman. I found [it] to be very calm[ing] and reassuring that my pain was real. We discussed medication, therapies exercise and diet changes and Dr. Blatman literally walked with me in reclaiming my life.
Sylvia Link
I visited Dr. Blatman to receive relief from a strained groin, and recurrent calf pain due to an injury a year ago. After two visits where Dr. Blatman performed the trigger point injection technique, both problems have been resolved and I have been able to resume all activities including playing tennis 3 times a week. I would highly recommend Dr. Blatman and his associates.
Chris Uhlhorn
When I first went to Dr. Blatman two years ago, I was spending 1-3 days a week in bed with severe neck pain, headaches and nausea. I had had migraines for 40 years and been to countless doctors, but did not receive any help. I had also developed chronic myofascial pain in my neck. Now, two years later, I have not been bed ridden with a sick pain event in my neck or head once, and I have a life again, thanks to Dr. Blatman's expert knowledge, thoughtful help and perseverance.
Wendy Andrews
The key to relieving chronic pain, especially fibromyalgia and myofascial pain, requires identification and treatment of perpetuating factors. This must be done on a patient-by-patient basis, due to the variables these conditions present. Dr. Blatman provides this total patient care.
Devin Starlanyl
Since beginning treatment with Dr. Blatman, I have lost lost 30 pounds and gone from being unable to walk without help, to a career singing and dancing at retirement communities, sometimes up to four hours a day.
Linda Cosby
As an author of one of the early texts on Evidence-Based Medicine I know the power and peril of anecdote. That said I arrived to present at a conference with a painfully familiar recurrence lower back pain, bracing myself for days if not weeks of symptoms to come. Hal kindly offered to diagnose and provide some hands on treatment. Within 10 minutes I felt 50% better and by morning I was 80% better and could put my socks on again. Within a week I was completely pain free. While this is by no means scientific evidence I could not help but feel awe inspired by Hal and his care.
Daniel Friedman, MD
Chronic Fatigue was my diagnosis in 2005. How do you treat Chronic Fatigue? Well, there is no magic pill or cure. So I suffered for almost 2 years. I did not find a magic pill but I did find Blatman Pain Clinic. I was cautious about many of his recommendations but I have found out the hard way to follow his advise. My energy level is back to normal. I can keep up with my hectic job and 2 teenage children. I am a single parent and they count on me! Thank You Dr. Blatman!
KG
Within ten days, my groin muscle pain was gone and the elbow tendonitis pain resolved in a slightly longer time. Both problems have gone away with no recurrence.
Alan Rosenberg
I was in pain daily and forced to limit my exercise. This was a real blow to me because exercise had always been a part of my life. I tried anti-inflammatory medications and physical therapy, but nothing worked. I was afraid I was going to have to live the rest of my life like this. That’s when I was introduced to Dr. Blatman’s philosophies. By implementing his ideas of wellness into my life and selective trigger point injections, I’m happy to say that I am now happy, healthy and pain free.
Teri Boynton
I don’t have a lot of time to get better when my back hurts. Bad backs are an occupational hazard in dentistry. Treatment with Dr. Blatman gets me out of pain, back to work and back on the golf course with a minimal amount of down time. Having this treatment available has been an indispensable part of my life in terms of doing the things I need and love to do.
Dr. Richard Wolterman
MENU