Pancreatic cancer is rare, but deadly. It makes up just 3% of cancer cases, yet as many as 20% of those afflicted with it will survive their first year, and only 8% survive more than 5. In fact, pancreatic cancer is predicted to be the second leading cause of cancer-related death by 2020.

The good news is that medical cannabis may provide a remedy, according to recent discoveries by scientists from Harvard University’s Dana-Farber Cancer Institute.

Published in the journal Frontiers of Oncology last July, the study revealed a chemical found in medical marijuana has demonstrated “significant therapy potential” in the treatment of pancreatic cancer. 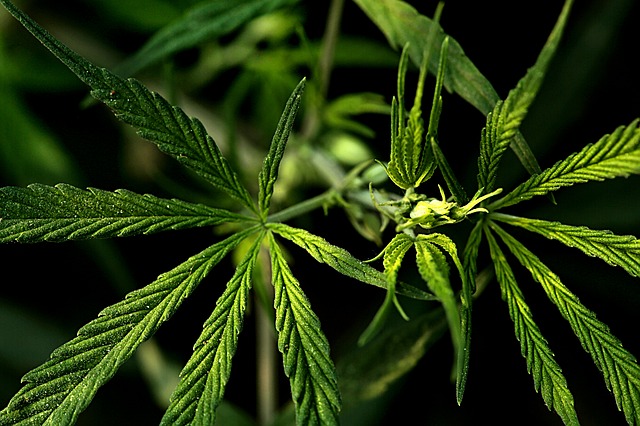 The researchers found that FBL-03G, a derivative of a cannabis “flavonoid” — the name for a naturally-occurring plant compound that provides vibrant color, may have great potential in fighting cancer, especially pancreatic cancer. Eventually found to have anti-inflammatory benefits, cannabis flavonoids were discovered by a London researcher named Marilyn Barrett in 1986.

But cannabis flavonoids make up only .14% of the plant and would require vast quantities to study scientifically. However, recent changes in genetic engineering made larger amounts accessible, opening the gates to research.

Compound May Fight Cancers throughout the Body

Scientists tested FBL-03G on deadly cancers with “major” results, so described by Wilfred Ngwa, PhD, an assistant professor at Harvard and one of the study’s researchers.

“The most significant conclusion is that tumor-targeted delivery of flavonoids, derived from cannabis, enabled both local and metastatic tumor cell kill, significantly increasing survival from pancreatic cancer,” Ngwa told Yahoo Lifestyle. “This has major significance, given that pancreatic cancer is particularly refractory to current therapies.”

Most surprisingly, the compound works to attack other cancer cells elsewhere in the body and may work in line with the body’s natural immune system.

“We were quite surprised that the drug could inhibit the growth of cancer cells in other parts of the body, representing metastasis, that were not targeted by the treatment,” says Ngwa. “This suggests that the immune system is involved as well, and we are currently investigating this mechanism.”

And since cancer cells tend to spread throughout the body, this finding is especially good news.

“If successfully translated clinically, this will have major impact in treatment of pancreatic cancer,” says Ngwa.

The research is still in the beginning stages, but the results so far look promising.

“The next step for the Harvard researchers is to complete ongoing preclinical studies, which Ngwa hopes will be completed by the end of 2020. That could set the stage for testing the new treatment in humans, opening up a new window of hope for a group long in need of it.”

I really hope this helps change and save someones life. I was extremely MISERABLE for over 5 years before finding and being treated by Dr. Blatman. I tried 3-Chiropractors, 3- Physical Therapists, and 4- Neurosurgeons. Eventually I was physically unable to do anything and spent numerous hours laying down. FYI, I’m in my 40’s so I refused a handicap parking pass and heavy addictive pain pills. Those were the options consistently pushed upon me by the above experts. A customer saw my struggles and referred me to Dr. Blatman. It sounded too simple to be true. However, he SAVED my life with minimum visits and costs. I now vacation, play tennis, racquetball, and ride ATVs. Truly AMAZING!!
George Triantafilou
I visited Dr. Blatman to receive relief from a strained groin, and recurrent calf pain due to an injury a year ago. After two visits where Dr. Blatman performed the trigger point injection technique, both problems have been resolved and I have been able to resume all activities including playing tennis 3 times a week. I would highly recommend Dr. Blatman and his associates.
Chris Uhlhorn
As an author of one of the early texts on Evidence-Based Medicine I know the power and peril of anecdote. That said I arrived to present at a conference with a painfully familiar recurrence lower back pain, bracing myself for days if not weeks of symptoms to come. Hal kindly offered to diagnose and provide some hands on treatment. Within 10 minutes I felt 50% better and by morning I was 80% better and could put my socks on again. Within a week I was completely pain free. While this is by no means scientific evidence I could not help but feel awe inspired by Hal and his care.
Daniel Friedman, MD
Chronic Fatigue was my diagnosis in 2005. How do you treat Chronic Fatigue? Well, there is no magic pill or cure. So I suffered for almost 2 years. I did not find a magic pill but I did find Blatman Pain Clinic. I was cautious about many of his recommendations but I have found out the hard way to follow his advise. My energy level is back to normal. I can keep up with my hectic job and 2 teenage children. I am a single parent and they count on me! Thank You Dr. Blatman!
KG
The key to relieving chronic pain, especially fibromyalgia and myofascial pain, requires identification and treatment of perpetuating factors. This must be done on a patient-by-patient basis, due to the variables these conditions present. Dr. Blatman provides this total patient care.
Devin Starlanyl
When I first went to Dr. Blatman two years ago, I was spending 1-3 days a week in bed with severe neck pain, headaches and nausea. I had had migraines for 40 years and been to countless doctors, but did not receive any help. I had also developed chronic myofascial pain in my neck. Now, two years later, I have not been bed ridden with a sick pain event in my neck or head once, and I have a life again, thanks to Dr. Blatman's expert knowledge, thoughtful help and perseverance.
Wendy Andrews
After suffering with widespread pain for two years, I was told it was all in my head and that nothing could be done for my condition as nothing appeared on an x-ray or MRI. After joining a fibromyalgia support group, I was referred to Dr. Blatman. I found [it] to be very calm[ing] and reassuring that my pain was real. We discussed medication, therapies exercise and diet changes and Dr. Blatman literally walked with me in reclaiming my life.
Sylvia Link
I was in pain daily and forced to limit my exercise. This was a real blow to me because exercise had always been a part of my life. I tried anti-inflammatory medications and physical therapy, but nothing worked. I was afraid I was going to have to live the rest of my life like this. That’s when I was introduced to Dr. Blatman’s philosophies. By implementing his ideas of wellness into my life and selective trigger point injections, I’m happy to say that I am now happy, healthy and pain free.
Teri Boynton
Like so many people who suffer with chronic headaches, I had gotten only partial relief from traditional medicine. Dr. Blatman understands the impact of headache pain. His emphasis on multiple techniques made a big difference for me.
Chris Modrall
Within ten days, my groin muscle pain was gone and the elbow tendonitis pain resolved in a slightly longer time. Both problems have gone away with no recurrence.
Alan Rosenberg
I don’t have a lot of time to get better when my back hurts. Bad backs are an occupational hazard in dentistry. Treatment with Dr. Blatman gets me out of pain, back to work and back on the golf course with a minimal amount of down time. Having this treatment available has been an indispensable part of my life in terms of doing the things I need and love to do.
Dr. Richard Wolterman
Since beginning treatment with Dr. Blatman, I have lost lost 30 pounds and gone from being unable to walk without help, to a career singing and dancing at retirement communities, sometimes up to four hours a day.
Linda Cosby
MENU